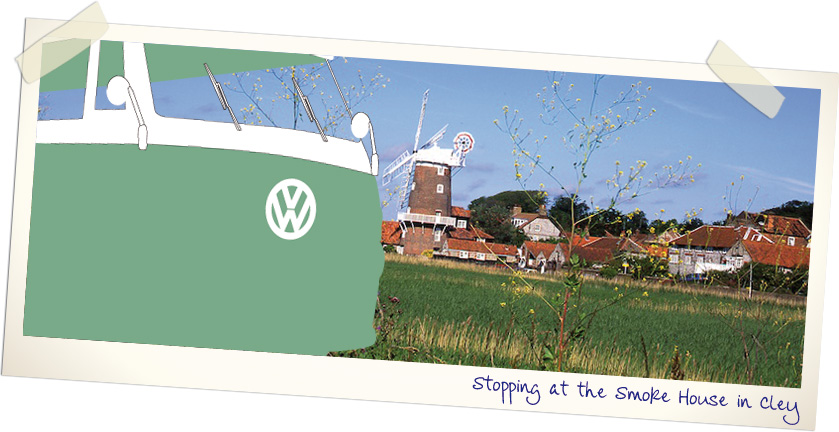 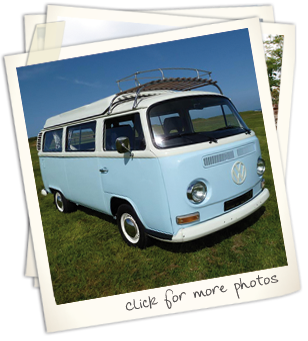 Talula, a fully restored 1972 cross-over, is

Click on the left-hand image to see more photos.

This is a stunning van, originally built as a right hand drive Microbus, in December 1971 making her an especially rare Crossover (the front looks of a early bay with the improved engine cooling, running gear and brakes of a late bay), and shipped to Australia where she spent most of her life before being imported to the UK by G’day Kombis in Oxford.

The van was then fully refurbished by G’day Kombis to their Wanderer specification (which now costs £37,995 plus extras) and purchased by ourselves in March 2011 with the additions of leather trim, Vitrifrigio compressor fridge, Alpine iPod stereo system with 4 speakers and a leisure battery system.

Over the last four years she has done less than 5,000 miles a year being used as our own personal van; occasional backup to the Groovy hire fleet; and around a dozen weddings.

Since we purchased her we’ve added a tow bar along with a stainless steel roof rack from Creative Engineering and spared no expense keeping her in a superb condition including storing her in a Carcoon and Waxoling her each winter.

At the end of last year, having found out how she was originally shipped from the factory (see her Zertifikat from the Stiftung AutoMuseum Volkswagen), we returned her engine and gearbox to factory spec – a Type 1 1600 engine and gearbox including new Solex 35 carburettors, exhaust, heat exchanges and alternator, etc. This has been run in with 500 miles and tested on a rolling road.

Finally she’s just paid a visit to A-List in Norwich to make sure her paintwork is a smart and fresh as the day she left G’day back in March 2011!

In summary, having spent most of her life in the kind climate of Australia, this campervan is as good as it gets underneath – chassis has never been welded – runs like a dream mechanically plus her internal layout makes her the perfect vehicle for a weekend away or longer road trips around the UK and Europe. 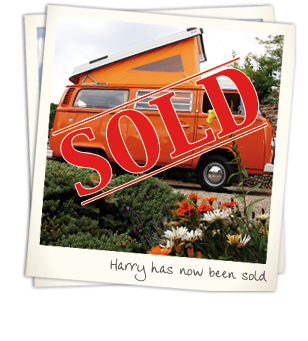 Harry, our fully restored Westfalia has now been

Click on the left hand image to see his photo diary.

One of the last German manufactured Westfalias (1978) Harry has recently had an extensive renovation, including taking him back to bare metal to remove all traces of rust so that he is ready for another 30 years of fun!

We have kept the interior as original as possible because, in our opinion, you just can’t beat the Westfalia Helsinki layout as it’s packed with such great details including double glazed windows(!), a full width rock and roll bed, drop down cooker, sink and wardrobe.